United in the Church of Christ

We come from many paths, becoming one family of faith

First Congregational Church of Montclair follows in that tradition.   Our founding members were abolitionists who fought to erradicate slavery and our membership continued to include those who struggled for women's sufferage, civil rights and LGBTQ rights.  We began in 1869 when 30 people gathered with the aim of creating a new congregation in Montclair. Responding to the need for racial justice following the Civil War, they chose for their first pastor the Rev. Amory Bradford, a young, passionate minister who was an outspoken advocate for abolition in New England.  From the very beginning, Rev. Bradford focused the congregation out into the community. He envisioned a church where “the doors are never closed; which is glad in the spirit of Christ to go about doing good; and which finds its joy in continuing Christ’s ministry to all sorts and conditions of people.”  Under Bradford’s leadership FCC became a force for social change in Montclair, establishing many aid programs for immigrants, orphans, and the working poor.

That committment to social justice and the radical welcome of Jesus continues today.   Although we may look different than that 19th century congregation, we embody the same values of compassion, inclusion, justice and dignity that Amory Bradford proclaimed.

Get to know the First Congregational Church staff

Rev. Ann was called as our Senior Minister in 2009 and has been leading our congregation with joy ever since!  She and her husband live in Montclair and have two adult children.  To contact Rev. Ann please call at 973-744-4856 or email at revann@fccmtc.com 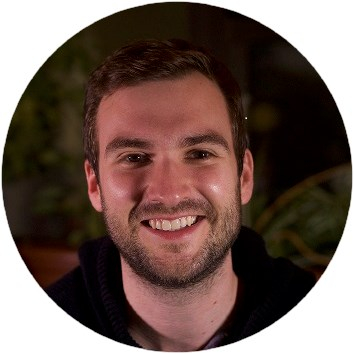 Rev. John has been passionately serving at FCC for six years. He began as the Director of our Youth Ministries and was called to be Associate Pastor in 2016 after graduating from Union Theological Seminary.  Rev. John can be reached at john.rogers28@gmail.com.

Rena has been keeping FCC humming since she joined our staff in 2010.  She's the friendly voice that greets you when you call the office and handles all manner of administrative questions.  To contact Rena please call 973-744-4856 or email her at admin@fccmtc.com

Rev. Karma is the imagination and heart behind our wonderful children's ministries.  With a background in arts education and an ordained degree in ministry, Rev. Karma has created a wonderfully exciting and warm community for our children.  To contact Karma, email her at sowisdomcfs@gmail.com

Julie has been sharing her gift of music at FCC since 2005.  She combines her passion for choral music with a creative edge, resulting in outstanding sacred music each Sunday.  To contact Julie please email her at jmorgan@mastervoices.org

David is an accomplished piano and organ accompanist as well as an actor and singer.  Along with our Director of Music Ministries, David enlivens our worship with music each Sunday.  To contact David please email him at troubador123@gmail.com

Jay manages our property, handles all tenants and rentals, keeps the calendar of building events  and troubleshoots all the various needs of the "this old house."  If you would like to rent space or have a property question, please email Jay at jrichardson@fccmtc.com

Minister of Pastoral Care and Visitation

Rev. Heather is a "retired" UCC minister who has been a member of FCC since 2012.  Having served as a pastsor, grief counselor, chaplain and registered nurse, she serves to supplement Rev. Ann's pastoral care by visiting our members and friends who are homebound or in need of ongoing pastoral care  To contact Rev. Heather email her at revcherrey@optonline.net.